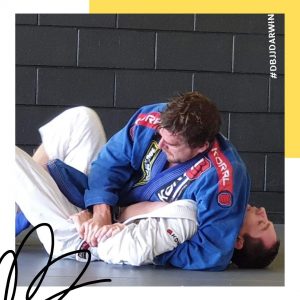 Senior classes are for 16+ year olds and teach techniques from white to black belt. 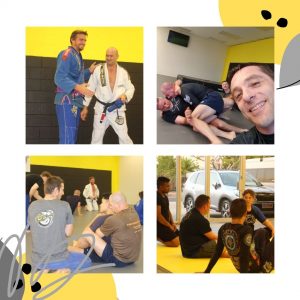 Darren opened the academy in 2008. He comes from an extensive martial arts background achieving his black belt in Karate. He was the first home grown BJJ black belt in the Northern Territory getting awarded his black by Peter De Been in 2016. Darren has won the QLD open and the Pan Pacific Championships.

Chris opened the academy in 2008. He was awarded his Judo black belt in the 1990’s and was an active competitor on the Australia judo circuit in his teens and early 20’s. Promoted to Jiu Jitsu black belt in 2017 and has been competing in both Australia and overseas over the last ten years. His highest achievement was winning the Pan Am No Gi Championships in New York in 2015 and winning bronze at the 2018 World Masters in Vegas.

Luke joined the team in 2011 and became an owner in 2016. He has an extensive Martial Arts background having spent his childhood training taekwondo. He continues to work his stand up skills training in our kickboxing classes and regularly competes in MMA. He has travelled overseas to train with some of the best grapplers in the world and was a finalist at the Philippines Open.

Sam is a blue belt who started with the club in 2016. She currently runs the beginners class with Luke and enjoys helping people start their jiu jitsu journey from scratch. Sam has entered many competitions with her hard work being rewarded at the Pan Pacs where she secured gold in her no gi division. Sam is also a strong supporter of Girls in GI.

Dropped in for an open mat session over the holidays. Very welcoming and great training.